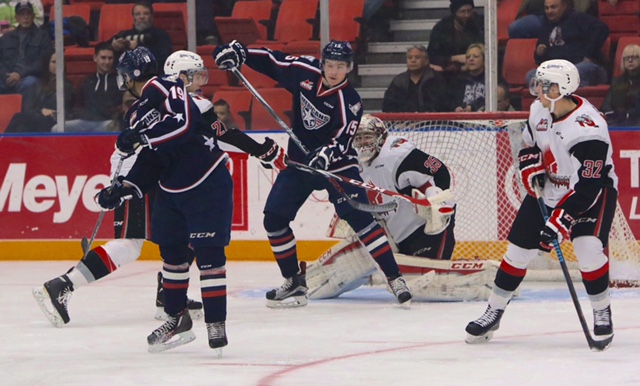 Tri-City got on the board first, as Parker Bowles flipped a backhand into the net for a 1-0 lead. Moose Jaw outshot Tri-City, 14-13, but the Americans held the lead after the first period.

Both teams had quality scoring chances in the second, with the Americans outshooting the Warriors, 7-6. But the game was still 1-0 Tri-City going into the third period.

The Warriors came alive in the third, tying the game a minute into the period. A turnover in the defensive zone led to a scoring chance, with Jesse Shynkaruk finding the back of the net to even the score at one. Less than 40 seconds later, Moose Jaw took the lead, as Nikita Popugaev scored to give the Warriors a 2-1 advantage. The Americans were able to answer, as Parker AuCoin banged home a loose puck in front of the net to tie the score at two. Late in the third, Dryden Hunt pushed the Warriors back out in front 3-2. Tri-City fought to get the tying goal, but Hunt scored his second goal of the game in an empty net to seal the win for Moose Jaw.

Evan Sarthou made 34 saves in the loss, while Moose Jaw’s Brody Willms stopped 32 shots in the win.

The Americans are back in action tomorrow, Wednesday, Nov. 25, against the Everett Silvertips (11-7-0-2, 24 pts). Game time is at 7:05 p.m. at Xfinity Arena. The Americans and the Silvertips split the season series last year with five wins each. Listen to the game on NewsTalk 870 or watch the game through WHL Live or at Kimo’s, your Americans home away from home. 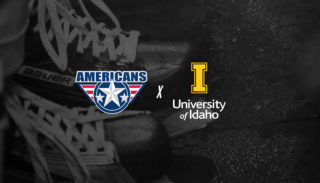 All in Tri-Cities: Contribute to Local Pandemic Relief
3 weeks ago